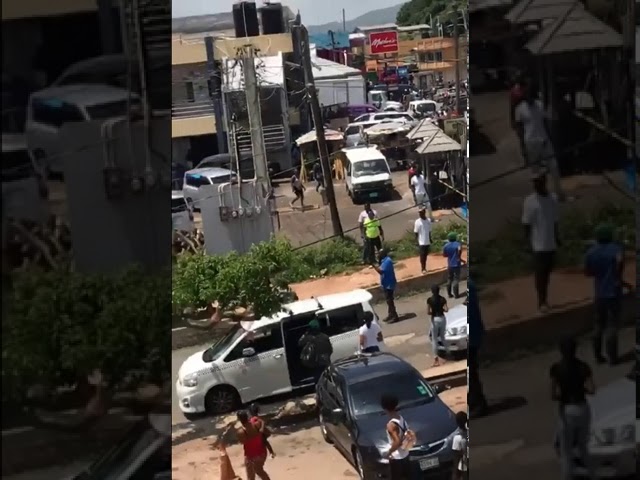 A taxi driver who goes by the alias ‘Wiggy’, was rushed to the hospital yesterday after being stabbed by a knife-wielding woman.

According to reports, about 1:15 pm on August 7th, the woman went to the Willo-gate Parking-Lot Entrance and confronted ‘wiggy which resulted in a tussle.

The man was assaulted and stabbed multiple times.

According to newsbugmedia.com the two are said to be couples and have since separated with struggling and dis-agreements.

Police-officers arrived on the scene firing warning shots to help stop the woman from com-mitting mur-der.

Wiggy was rush to the Mandeville hospital for treatment of his injuries.