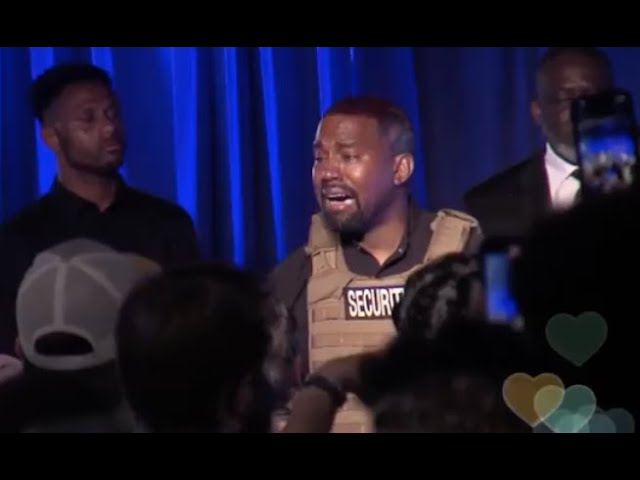 SEE ALSO: Caucasian women are better in the bedroom than Black women, according to Kanye West

“Jesus had the Slaves go Work For Other White People” Rapper Kanye West who earlier promised to run in the United States Presidential race, Wears a Bullet Proof Vest and broke down in tears on Sunday at a rally to launch his surprise campaign for November’s presidential elections.

West told his audience at a wedding and convention venue in Charleston, South Carolina, how he had wanted his wife, Kim Kardashian, to get an abortion when she was pregnant with North, their oldest daughter. He then revealed his father also had wanted to abort him.