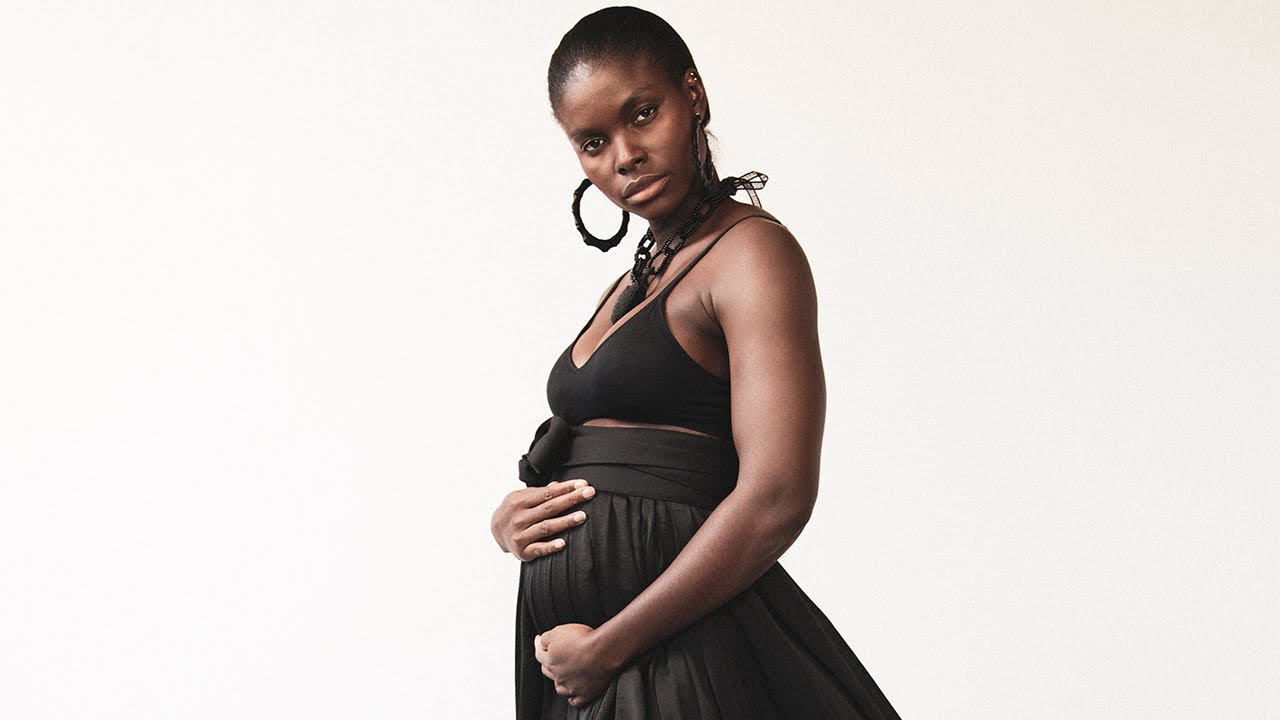 Her face and form have graced the covers and pages of international fashion glossies and publications. She is the only Jamaican model to appear on the cover of Vogue magazine multiple times. But now, Jamaican supermodel Jeneil Williams is in the throws of preparation for her biggest assignment to date…motherhood.

The ebony-skinned Williams is almost six months pregnant and set to deliver her bundle in July of this year.

In an interview with the Jamaica Observer, Williams shared some information on this phase of her life, but was a bit more coy when it came to certain details.

She does know the sex of the baby, but says she is keeping that a secret for now. She has no plans to host one of the now-popular gender reveal parties. But her road to pregnancy and motherhood has not been smooth sailing.

“My first response was shock. I had been told by a doctor that it would be hard for me to get pregnant on my own, and event with IVF [in vitro fertilisation] it would be a 50 per cent chance [because] I had an ectopic pregnancy in 2014. At that time I didn’t know I was pregnant until I ended up in the hospital. That was an unbelievable experience. It showed me that life is short, because I could have died,” Williams shared.

“The pregnancy started off very rough. My morning sickness was horrible. I missed the gym for three months, which was really hard for me because I love being in the gym. I had no cravings really, but at a point all I wanted to eat was ‘run boat’ type of Jamaican food,” she continued.

That is all behind her now as she prepares to become a mother — something she said she always wanted but with her modelling career and school, she was never sure it would be.

One of the things she is eager to pass on to her newborn once it arrives is the benefit of hard work. This is something she learned from her own mother.

“Growing up I watched my mom do so many different jobs to make sure we didn’t want for anything. I plan on passing that down to my baby…to always strive to work hard at anything you do.”

As for modelling, she continues to work and gives thanks for those she calls “amazing clients” who still call on her services after all these years. She noted that unfortunately a her pregnancy has meant she has not been able to do a few modelling jobs, including some work for a lingerie line.

Williams was discovered by local agency Pulse and in 2005 she won a Caribbean Model Search. For the past 15 years she has been a constant on the international model market, appearing in campaigns for such big names as Nike, United Colors of Benetton, Jimmy Choo, Edun, and Balenciaga. Mert & Marcus photographed her for the cover of LOVE magazine, and she has also graced the covers of Vogue Turkey, and i-D magazines twice. Select editorial features include the international editions of Vogue, and W magazines shot by Mario Testino and Alasdair McLellan, and Ellen Von Unwerth, respectively. She has also walked the runway for Louis Vuitton, Balenciaga, Diane Von Furstenberg, Kenzo, Viktor & Rolf, Tome, and Opening Ceremony.

The Kingston-born model who was a track and field athlete during her high school years is expanding her p0rtfolio by adding acting to her list of talents. She is currently enrolled in acting lessons.

“Acting has always been something I want to make part of my career. Being able to work on my art and being pregnant have been remarkable. I’ve learned so much about myself since starting this course.”

Williams shared that she and long-time boyfriend Shay Hunter are looking forward to this phase of their lives together, as this is something that both have yearned for.

“Shay is my life partner and he is handling our experience great. He always wanted to be a dad, so he is very excited. I know he will be an amazing dad, and I am über excited for our journey into parenthood,” Williams said.